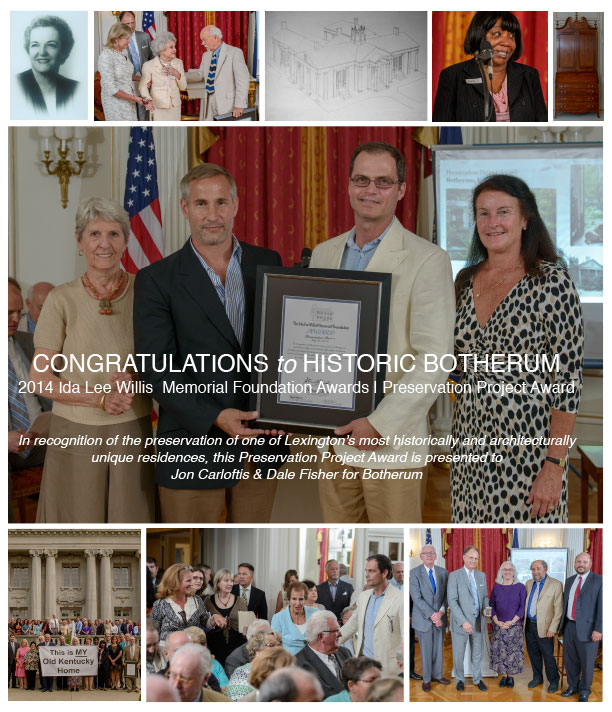 The house known as “Botherum” has had a storied history, one that continues in the hands of its current owners, garden designer Jon Carloftis and his partner, Dale Fisher. “I’ve wanted that house since 1984, when I bartended a party there. I’ve loved that house ever since,” Carloftis told the Herald-Leader, in 2012.

Botherum was constructed in 1851 as the residence for Madison C. Johnson. The single-story home was designed by John McMurtry, a Lexington architect and builder, and is unique in that the design incorporates Greek, Roman, and Gothic architectural elements.

The 36-acre estate was sold in 1886 to J.C. Woodward, who subdivided much of it into the Woodward Heights neighborhood. The house was listed in the National Register in 1973, while the surrounding historic district was listed in 1980. The property was altered in the latter part of the 20th century before sitting vacant for 20 years.

Renowned architectural historian Clay Lancaster once wrote that “Botherum is a jewel of architecture, which contains the finest interior of its type in existence.”

The home is a blend of “delightful and eclectic interiors,” wrote the author of the nomination. “Each chamber is a study of spatial transitions, connectivity to the exterior, and natural lighting. This is why the property offered such potential for a garden designer with the skill to uphold the outdoor’s promise to the interior spaces.”

According to a recent article in Garden & Gun, “Carloftis took care to restore the home’s original layout. Crews spent more than 15 months repairing leaks and fixing the plaster walls. ‘There were 400 cracks in the drawing room alone,’” he told the magazine.

The rehabilitation project has been heralded for its authenticity and drawn widespread interest. When the home was featured during one of the Blue Grass Trust’s monthly Dee-Tours, more than 800 people showed up!

In recognition of the preservation of one of Lexington’s most historically and architecturally unique residences, this Preservation Project Award is presented to Jon Carloftis and Dale Fisher for Botherum. 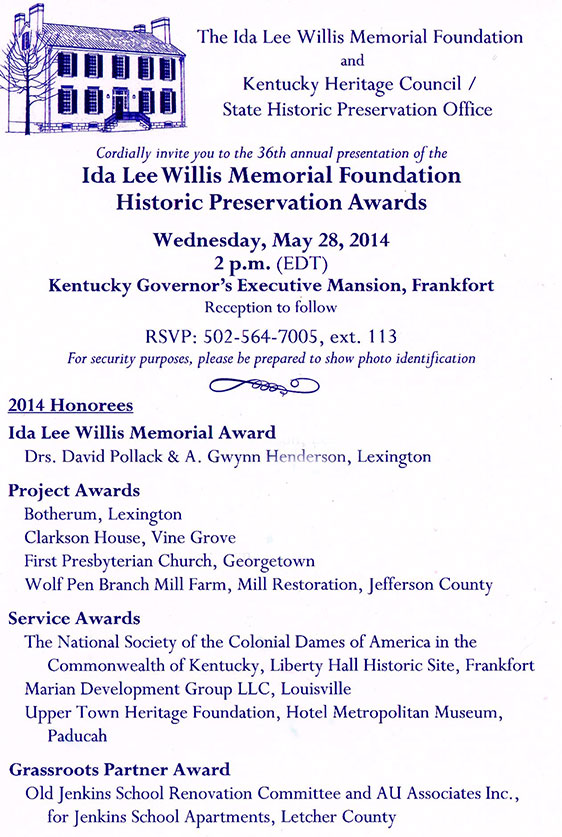 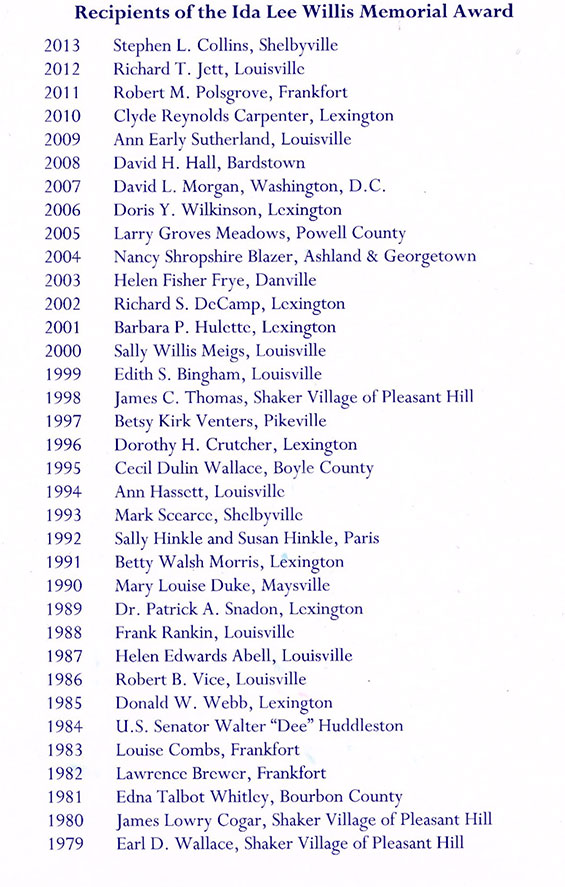 Continue to get all the latest news
in the Jon Carloftis Fine Garden world…
Sign up today!