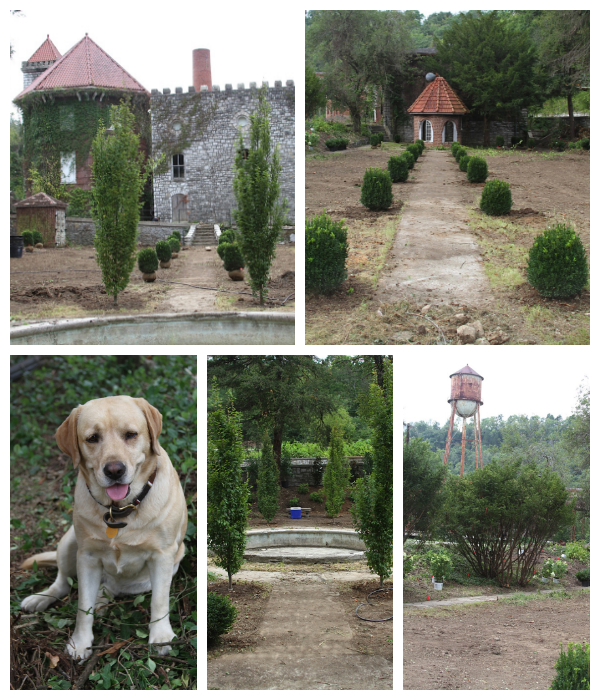 Old Taylor Distillery, founded in 1897, was the absolute original distillery built with tourism in mind. After going defunct in the early 1970s, it sat deserted and crumbling. But now, two young entrepreneurs, Will Arvin and Wes Murray and Wes Murray have purchased this 83 acre historic property and are working on big plans to bring visitors back so they can once again enjoy this unbelievable place. A small batch distillery will be up and running in the near future and Jon Carloftis Fine Gardens is restoring the grounds including the famous sunken garden (garden in progress) that will be used for an event space. Our next project is starting on the botanic trail which will meander throughout the whole property.This distillery is about much more than bourbon. This is a treasure with future plans to include a restaurant, event spaces and tours to host people from all over the world. We are thrilled to be a part of it. This site is currently closed to the public.

Have a look at a little video tour of The Old Taylor Distillery: