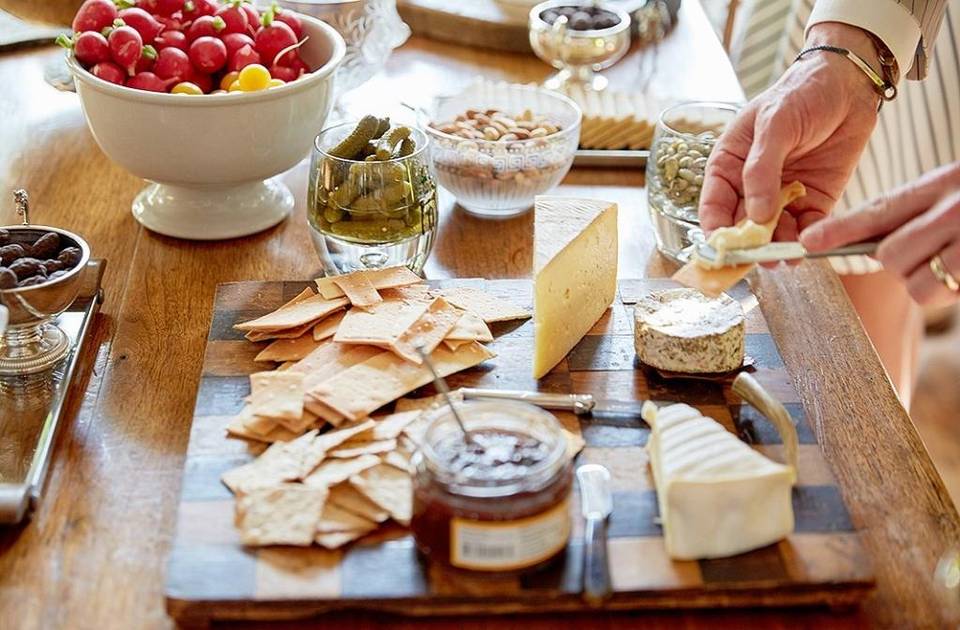 For the second year in a row, the Lexington garden designer has been named to “The Salonniere” 100 for his expertise in hosting parties with a purpose. As the website puts it, “the Salonniere 100 honorees are America’s most gifted and influential cultural connectors.”

The Salonniere (“sal-on-yair”) is the nation’s leading website dedicated to the art of entertaining. The award-winning site is named for the women in 17th- and 18th-century France whose influential parties — called salons — proved the power of thoughtful social gatherings, the website states.

“Did you see the people on there? Lord, have mercy,” Carloftis said.

Carloftis and his partner Dale Fisher, who own Botherum in downtown Lexington as well as a home in Bucks County, Pa., and another in Rockcastle County, were selected for their entertaining style.

“I plan everything to the last inch days ahead. I make sure that every surface inside and outside the house is pleasing and interesting and that the food and drinks are all set to go. Of course when our guests arrive, I make it seem as though everything has happened by chance, at the last moment, and then I take them on a magic carpet ride for the night,” Carloftis told the magazine.

Another key: what they do with their social capital.

Carloftis and Fisher bought the historic home six years ago and, after a year of renovation, opened it to events.

“This is not a public place, but we have opened it up to so many groups … and we’ve raised over $2 million for people with Botherum,” Carloftis said.

Here’s how much in demand they are: They put a Botherum party up for auction at the annual Lexington Cancer Foundation Wine Auction, a benefit at Donamire Farm.

“We did one last year for the Heart Ball, organized a trip that started here, visited a client — the Bruckheimers — then a tour of Maker’s Mark and lunch with the Samuelses. That went for $25,000.”

But Carloftis said their philanthropic entertaining will have to slow down a bit because he’s got several major projects coming to fruition, including the opening of the new Lux Row distillery in Bardstown, which he landscaped. And the Bulleit Distillery in Shelbyville that he is landscaping. And the Castle & Key Distillery in Woodford County … and the Maker’s Mark Distillery outside Bardstown … and on and on.

Often, they throw parties for garden and bourbon tourists, which increasingly overlap (see above.)

“We’ve got the best gig in the world,” Carloftis said. “We get paid to go speak at all these flower shows, antique shows and museums, mainly in the southeast … and in the middle of our talk, we say, ‘Hey, where are you going on your annual field trip? … Why don’t you come to Kentucky, and we will plan your trip out for free, get you into places not open to the public?’”

He said they work with Mary Quinn Ramer of VisitLex, restaurant owners such as Debbie Long of Dudley’s on Short to do a dinner and then tap their distillery and horse farm connections.

“We had the Tuckahoe Women’s Club from Richmond, Virginia, come, and in three days, they spent over $50,000 in local economy,” Carloftis said. A busload from the club enjoyed a private room at Keeneland’s clubhouse for a day at the races, visited a beautiful horse farm, saw lovely gardens big and small.

“We do a cocktail party here for them … we have the music on, the candles are lit and we entertain them in the garden, and it’s a trip they never will forget,” he said.

“So now we’ve got two buses coming this fall.”

Here are his tips:

Photo: Tony Vu As featured in One Kings Lane

salonniere
The Salonniere
1. We’ve been selected as an honoree for the 2018 Salonniere 100!
2. Hosts with the most: Lexington duo honored for parties with purpose | Lexington Herald-Leader | March 2018