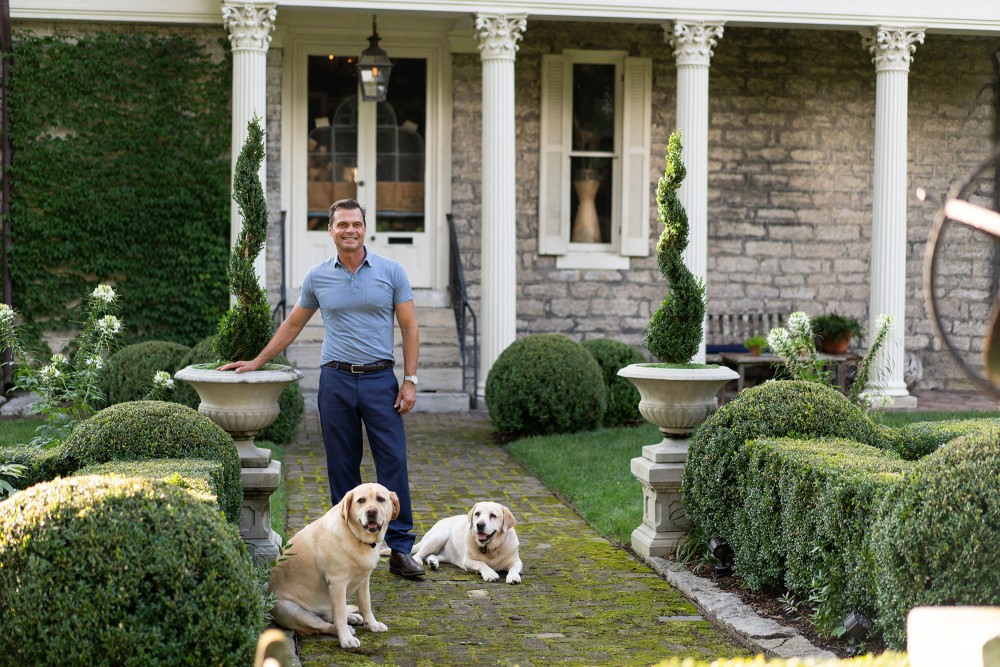 Kentucky native Jon Carloftis is a great American gardener. His more than 30-year career in gardening began far from home in New York City where he has become one of America’s pioneers in rooftop/small space gardening.

As a 10th generation Kentuckian, Jon graduated from University of Kentucky and moved to New York City in 1988. What was supposed to be a summer spent in the city before starting his business at home in Lexington ended up being a 25 year career of designing and installing rooftop gardens all over Manhattan.

Within a few years of living in Chelsea, he bought an 1850’s farmhouse in Bucks County, PA — close to all of his plant growers and carpenter, making it convenient… other than the daily trek in and out of the city. Although he has built gardens for famous people such as Julianne Moore, Edward Norton, Mike Myers, Google and many well known art collectors, his approach is very simple: First, figure out the problems that need fixed (views, noise, privacy, etc.) and then work with the interior of the space to pull the same feeling outdoors for a seamless connection. From traditional to modern, all of the gardens are built for entertaining and enjoying the outdoors through good design and knowledge of plants.

The next chapter is unfolding back home in Lexington where he bought a historic 1851 historic home called Botherum that had fallen in disrepair and was boarded up. Within a year Jon received the highest honor in the state for historic restoration of the home and garden. Some amazing projects are ongoing such as the Maker’s Mark Distillery and the Castle & Key Distillery renovations, Governor’s Mansion gardens, EKU and University of the Cumberlands main gardens, several large horse farms and many roof gardens in both Louisville and Lexington.